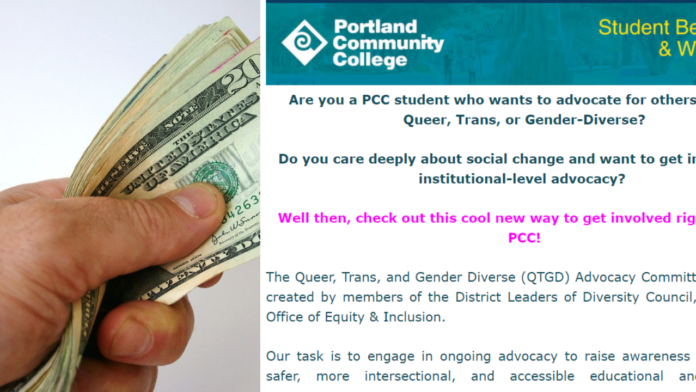 This article will be an editorial, as I will share some of my opinions on the communications in order to provide some further context to them. All of the legal disclaimers from my previous articles apply to this article, too.

I am not an attorney and my comments shouldn’t be regarded as legal advice. They are, however, my opinion based on my interpretation of the laws and backed by the evidence I have shown in this article.

If you wish to contribute to my legal defense fund (as the people I have been exposing have threatened lawsuits against me), you can click here to do so.

You can also make a monthly donation to the operating costs of the Yamhill Advocate, which will help me hire additional staff reporters. Click here to subscribe.

Per an email that was recently sent out,

You can read the information yourself by clicking here.

Portland Community College is, as the name suggests, a community college, and the vast majority of its funding comes from public money (local property taxes and state funding makes up 61% of its operating budget).

So, this is what is being done with your tax money — it is being used to indoctrinate college students into the Critical race theory cult.

By the way, I think it’s worth mentioning that Tai Harden-Moore is a current teacher at PCC, in the Paralegal Studies program, teaching what is very obviously Critical Race Theory nonsense, based on the description of the course.

I feel really bad for those kids, given Tai Harden-Moore’s activities in Newberg and how she has a completely insane world view as a a leader of a cult, as I have shown in my prior articles, such as What Every Newberg Resident Should Know About Recall Brian Shannon School Board Campaign.

I have also demonstrated that Tai Harden-Moore is completely incapable of using logic and critical thinking skills, which is why I easily defeat her in debates about the things she teaches, which shows how fundamentally mistaken they are. She can’t defend her views outside of a classroom setting where she can penalize people for disagreement.

So, if you’d like to become someone who vey quickly loses debates in just one exchange when her extremely obvious logical fallacies are pointed out, as Tai Harden-Moore does in her debate with me, feel free to take her classes. I wouldn’t recommend it though. I think taking classes from Tai Harden-Moore is likely to result in not learning what is needed to form a coherent argument that will hold up in court.

I also feel bad for these students because the state of Oregon does not require any degree or certification to be employed as a paralegal. Consequently, it is a complete waste of money and time to take a paralegal course in college, especially because the college credits from paralegal courses generally will not transfer to any real law schools, contrary to what many students taking these programs often assume / are told.

If you want to work in law as a profession, please go to an actual law school. Portland Community College is not one.