Over the past few weeks three adults have been arrested in Tillamook County, Oregon for sexual crimes against minors; one of the suspects is a Tillamook School District employee. 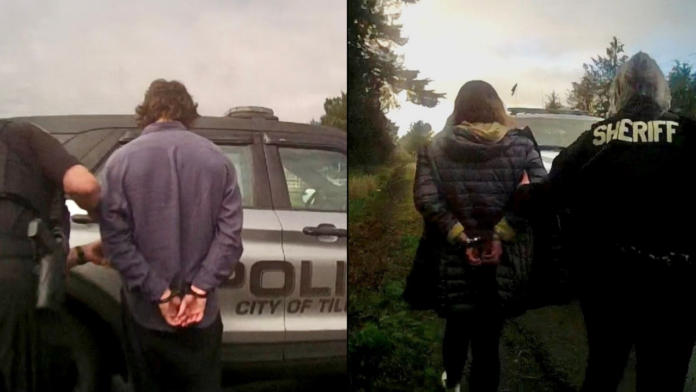 Over the past few weeks the Tillamook County Sherriff’s Office has arrested and charged three different individuals with sexual crimes against minors.

On March 23, 2022, Briana Richelle Chambers, 28, was arrested by detectives on charges of Contributing to the Sexual Delinquency of a Minor, four counts of Sex Abuse and Tampering with Evidence. Chambers was booked into the Tillamook County Jail.

“This investigation involves unlawful sexual conduct between the suspect and a minor teenaged male,” said TCSO Detective Sgt. Michelle Brewer. “The crimes alleged did not occur on school property and did not involve any students at the school where she worked.”

According to the statement released to the public, the arson and restraining order violation charges resulted from the investigation into a structure fire on Ellen Ave in Tillamook on March 17, 2022. The small building had been converted into a living quarters.

“Tillamook Fire Marshal Rueben Descloux determined that the fire had been started using a petroleum based product that was spread or poured on the floor near the entrance,” said TCSO Detective Chase Ross. “Mr. Salvo admitted he lit the fire because he was mad at the property owner.”

According to the statement, no one was injured in the fire, however, the structure was a total loss. During the course of the arson investigation, detectives found evidence of child sex abuse materials in Salvo’s possession.

Salvo was booked into Tillamook County Jail on 90 counts of Encouraging Sex Abuse, one count of Arson, one count of Criminal Mischief and two counts of Restraining Order Violation.

“I want to thank Tillamook Police and Tillamook Fire for their assistance with this investigation. I’m also proud of our Detectives for their diligence and professionalism during these types of difficult investigations that involve our most vulnerable victims,” said Tillamook County Sheriff Joshua Brown.

Publicly available information identities Gomez as 46 years old, and indicates she has been arrested in the past for drug related offenses. The Advocate was able to locate a previous public statement of an arrest involving Gomez in July 2019 that involved endangering the welfare of a minor.

If you or someone you know is the victim of online child sexual exploitation, contact your local police department or the National Center for Missing and Exploited Children (NCMEC).