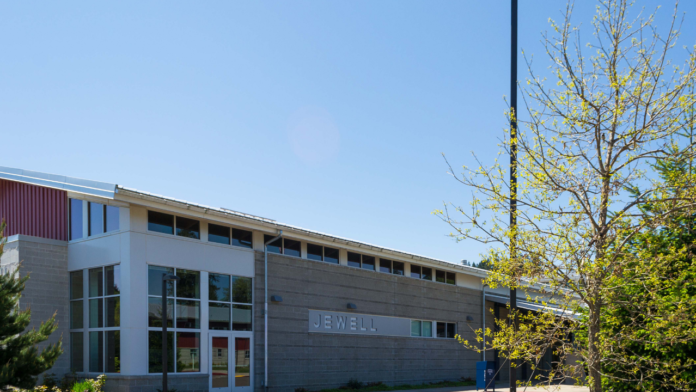 As those following the Newberg Schools Saga are aware, the Newberg public schools district is currently considering the hiring of three top contenders for the position of permanent superintendent, and among those candidates is Steve Phillips, presently the superintendent of the Jewell public school district. Phillips is also, at present, on paid administrative leave and the district has made no statements about specifically why he is on this leave. This has permitted Progressive Yamhill members to use this leave as ammunition to attack Phillips’ character on social media, insinuating that he must be a bad person because he is on paid administrative leave pending an investigation.

The Yamhill Advocate has done some digging to ascertain what the investigation is about, and I believe I have found the answer.

According to the US Observer articles, Reports Claim Shannon Wood “Falsely Accuses” Others and DA Ron Brown Tries to Extort $12,000.00 for a Lesser Charge and Steve Phillips: “Don’t Worry – I’ve Got Your Back”, in February Phillips was placed on paid administrative leave pending an independent investigation into his firing of school employee Dave Samuelson, who served as Varsity Basketball Coach and was a former school board director.

That is, Phillips is on paid administrative leave as part of the Jewell school district’s response to a lawsuit filed against it by former school employee Dave Samuelson, who was fired in October, 2019 for sexual harassment in the workplace.

The US Observer article points out that Samuelson believes there was collusion between Phillips and the other school employee who filed the sexual harassment complaint against Samuelson, and that Samuelson believes this collusion is grounds for a wrongful termination lawsuit against the district and Phillips because it denied him due process of law. At this time the Advocate cannot ascertain the truth of the accusations against Dave Samuelson nor the legitimacy of the lawsuit filed by Samuelson against the Jewell school district and Phillips. The only thing that has been verified is the firing of Samuelson for sexual harassment and the lawsuit filed by Samuelson in response, and that this is the reason why Steve Phillips is on paid administrative leave.

While the Advocate cannot verify if any of the other claims made by the US Observer are true as they are based on hearsay and the contents of the court documents filed by Samuelson against the school district, the mystery of why Steve Philips is on paid leave is solved — he fired someone for sexual harassment and that person is now suing the district, and Phillip’s paid leave of absence is part of the district’s response to investigating the circumstances behind the wrongful termination lawsuit.

Reading the USObserver story (very biased) it would seem that the local police and DA brought charges against the coach. What was the Superintendent supposed to do? And I suspect that, just like here in Newberg, the Superintendent can not by himself fire a school employee. It usually also requires the school board to approve. Our Newberg liberals are now trying to smear Phillips using the same tactics they used on Brian Shannon and Mike McBride.