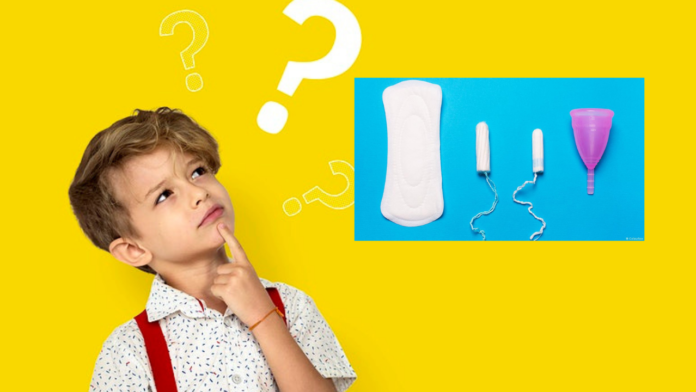 In 2021, the Democrat-controlled Oregon Legislature and Governor Kate Brown signed into law Oregon House Bill 3294, which is also known as the “Menstrual Dignity Act”. It requires menstruation products such as sanitary napkins and tampons to be made available in all public school bathrooms, including those for boys. As of last month the Department of Education is requiring schools to install these dispensers.

A sample of the presentation about the bill from the Oregon Legislature website reads as follows,

“1 in 5 menstruators in the United States cannot afford the price of menstrual products every month. Among those menstruators are the students that attend Oregon’s public educational institutions, who may be subject to ridicule and shame from their peers because of their lack of access to sanitary products. According to a joint survey by Thinx and PERIOD The Menstrual Movement, 1 in 4 teens have missed class due to a lack of access to period products. It becomes a choice of attending class and facing stigma or simply staying home to deal with their lack of products in a private space.”

The Oregon Department of Education has also created a PDF “toolkit” explaining this ridiculous new policy. The document is full of nonsensical buzzwords like ‘Menstrual equity initiatives‘ and “gender affirming“. It reads like something one would have seen in older copies of MAD Magazine, poking fun at liberal virtue signaling, but now unfortunately has become reality as the craziest people in our society have somehow become elected officials in Oregon state government.

The Sponsors of the “Menstrual Dignity Act” were the following elected officials:

As I have exposed in my previous reporting, Representative Courtney Neron is a member of the Indivisible.org chapter Progressive Yamhill. Indivisible is a nation wide extremist social activist group whose agenda includes defunding police and shutting down all prisons, defunding U.S. Immigrations and Customs Enforcement (ICE), allowing illegal immigrants to vote, teaching children the discredited “gender identity” pseudo-science invented by the fraud John Money, endorsement of teaching Critical Race Theory (CRT) in public schools, and the endorsement of both Antifa and various black separatist groups seeking to create racially segregated communities of self-governance by “race”. I have scraped the Indivisible.org website database and collected their list of over 3,000 recognized chapters in a spreadsheet, which can be downloaded by clicking here. My in-depth expose article, Meet Progressive Yamhill, details the activities of the chapter Representative Neron belongs to, and I published several of Neron’s secret Facebook posts from within that group in the article.

As justification for the spending of tax dollars on distributing menstruation products in boy’s locker rooms, the Oregon Department of Education PDF “toolkit” features the tale of woe of an anonymous high school girl who claims she did not have access to a tampon during PSAT testing because she was instructed to “leave all her belongings at home” and blamed the school and its administrators for not providing her access to a tampon or a pad.

The problem with this is that it is doubtful the test administrators prohibited her from bringing tampons with her.

Just as she undoubtedly did not go to the testing naked, leaving her clothing at home, she could have just as easily brought a tampon in her pocket with her. The instructions to “leave belongings” was not meant to apply to absolutely every possession she had and her story is one of poor judgement and not taking accountability for this poor judgement. This is not a story that requires legislation to resolve; it merely requires possessing common sense enough to realize that tampons and menstrual pads are not a prohibited item when taking a school test, just as the clothing she wore that day were not.

The most amazing thing is the fact they believe transgender students not having access to tampons in boy’s bathrooms would not be ‘equitable’ proves these social activist politicians are consciously aware that gender is indeed a real biological thing and not a psychological construct. This bill is an example of the disconnect from reality of the Oregon Democratic party in both its politicians and its platform, as this bill is an acknowledgement that enormous biological differences do in fact exist between male and females, this core difference being that females have a uterus and males do not. Yet they simultaneously claim the bill is necessary because gender can be something a person can decide for themselves. It’s an enormous example of cognitive dissonance in our government, to implement a law claiming that because of biological differences between men and women that they must provide tampons to girls who think they are boys, because girls can become boys. The idea is inherently contradictory, because if girls could actually be boys they would not have a uterus and therefore not need tampons.

This is a perfect example of the trend of the Democratic party to reject real genuine scientific information and favor their personal narrative story-telling instead, even if those narratives are obviously wrong. These people are, to put it bluntly, completely insane, and our state government needs to be taken out of their control because they are using our government to push their insanity onto children while wasting tax money on their social experiments. I can only hope that during this year’s election that moderate and conservative voters in Oregon turn out to the ballots in droves and vote for moderate and conservative candidates to remove these lunatic Democrats from power. They do not make laws aligned with objective reality; they reject genuine science and they have mismanaged the state of Oregon to push radical fringe social agendas.

The reality is these menstruation products paid for by your tax money will not be used by transgender students, because less than 1% of all students identify as ‘transgender’; these products will instead be used by juveniles to torment school janitorial staff, as this is what the products have been used to do in public schools in other states which passed similar policies.

An example of what boys do with menstruation products they have no use for.

How long will Oregon voters permit the Democrat party to waste tax dollars trying to force society to conform to their insane, completely out of touch from reality world view?

Stupid and foolish. Glad I don’t live in Oregon anymore.

That’s because liberals can’t define what a woman is. They also say men can have babies. Oregon do you know what a laughingstock you have become under Governor Brown? Good riddance.

Everybody who voted for this bill should resign or be impeached!