An investigative report on how a campaign donor to Newberg Mayor Rick Rogers' 2018 campaign has since received millions of dollars of public contracts from the City. 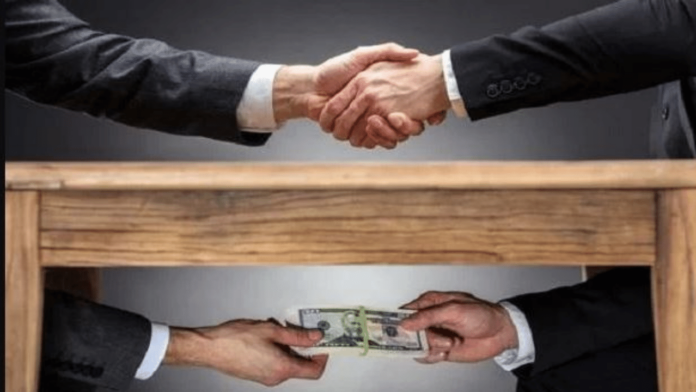 This is a follow-up article to my recently published article concerning Newberg, Oregon Mayor Rick Rogers and the things I believe demonstrate unethical conflicts of interest during his term of office related to affordable housing.

This article is about one of his campaign donors.

According to public records, The Saunders Company Inc. made cash contribution donations of $750 to Rick Rogers PAC during his campaign for mayor in 2018.

The Saunders Company is a general and civil contractor according to its annual filings, and its website lists several projects it has completed in Newberg, both private (such as Oak Grove Apartments) and for the city itself, such as the NE Chehalem Drive Wastewater and Water Extension Project.

According to state records, The Saunders Company is owned by Todd Saunders.

While there are some people whose last name is Saunders in both Newberg Equity in Education and Progressive Yamhill’s Facebook groups, at this time I do not know if they have any relationship to Todd Saunders.

Since Rick Rogers became mayor The Saunders Company has received a large amount of work from the City of Newberg, which I find to be very interesting.

Contents hide
1 A Timeline of Financial Transactions
2 Rogers Refuses to Answer Questions
3 What to Conclude?

A Timeline of Financial Transactions

The following is a timeline of financial transactions related to the Saunders Company and the City of Newberg from 2016 to present, as obtained from this log of resolutions passed by the City during these years.

April 4, 2016: Newberg City Council approved the City manager to hire The Saunders company for a construction contract in the amount of $148,030.50 for the Aquarius Street Wastewater Lateral replacement project.

July 2nd 2018: Newberg City Council approved a resolution to award a contract to The Saunders Company for the East Fifth Street Wastewater Replacement Project in the amount of $398,621.00.

September 7, 2018: The Saunders Company Inc. donates $750 to Rick Rogers for Mayor PAC per the state filings from the PAC.

November 2018: Rick Rogers is elected as Mayor to the Newberg City Council.

May 6, 2019: City Council approved the City manager to award a $1,257,740 contract to The Saunders Company for additional wastewater projects. According to the meeting minutes, Rick Rogers voted ‘Yes’ to the award, as the vote by Council is listed as unanimous in the minutes.

September 8, 2020: City Council approved the City manager to award a construction contract for the 2020 Sewer Rehab Project. According to the meeting notes, Rick Rogers abstained his vote.

January 4, 2021: City Council approved the City manager to award a construction contract to The Saunders Company in the amount of $280,188 for the 2020 Sewer Project. According to the meeting notes, Rogers abstained from the vote.

June 7, 2021: City Council approved City manager to award a $1,547.087.75 contract to The Saunders Company for NE Chehalem Wastewater and Water Extension project. According to the meeting notes, Rogers voted ‘Yes’ and did not abstain.

June 21, 2022: City Council voted to approve the City Manager to award a construction contract to The Saunders Company; the company is awarded $5,848,000 for the Elliott Road Improvement Project which is a construction project on 1,600 feet of road to expand the sidewalks, add a bicycle lane and some storm drainage pipes (this is a fraction of the road leading toward Newberg High School). Rick Rogers abstained from voting.

At this time it is not clear to the Advocate why Rogers abstained from some votes to award contracts and other times voted ‘Yes’. It is possible his abstaining was unrelated to The Saunders Company contracts and had to do with other contracts being awarded. For some reason the City Council during his term has frequently voted on awarding many contracts to different parties at once, instead of voting on each award individually.

The Advocate has reached out to Newberg Mayor Rick Rogers, asking him to clarify his votes and other questions that I believe are relevant to this investigation. However, Rogers refused to answer any questions.

For purposes of transparency, these are the email exchanges between the Advocate and Rogers,

I think the important thing to pay attention to is that a civil contractor who had been awarded a contract from the City to do work for it, The Saunders Company, then turned around and donated money to the campaign of a candidate running for mayor of that city, Rick Rogers. And after Rogers became Mayor of Newberg, The Saunders Company then received significantly larger contracts from the City than it previously had, and per the city’s own records, some of these contracts Rogers did vote to award to his campaign donor.

I find all of this to be very interesting. I believe it is worth further investigation.

If anyone has any information or tips related to this, please feel free to provide them to the Advocate by contacting us.