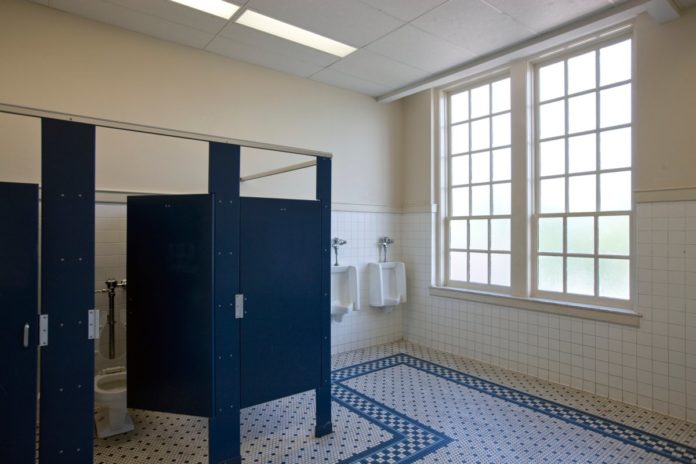 Newberg School District superintendent Joe Morelock responded to a parent’s email inquiry into the recently reported claim that a boy was in the girls bathroom using a stall next to a girl who was using the toilet.

An anonymous source has sent the Yamhill Advocate a copy of the response,

Morelock’s statement that there have been no reports does not appear to be factual. As shown in the previous article, an email was sent to him and other administrators at the Newberg school district on October 27th.

Neither the state of Oregon nor the federal government has any specific law which provides students with the choice of restroom to use based on their “gender identity”.

“Gender identity” is a term developed by John Money, who worked at Johns Hopkins from 1951 researching children born with genital deformities. In the mid-1960s Money developed the theory that gender identity was fluid and could be “assigned”, and used two twin brothers to carry out the “John/Joan Case” experiments, instructing the parents to raise one brother as a girl and one as a boy. Money claimed to the public that his experiment was a success and that the child raised as a girl, born David Reimer, fully transitioned his gender identity to that as a girl. Money’s research results then went on to become widely embraced by many social activist groups. However, in 1997 David Reimer came forward publicly after the suicide of his brother and revealed that Money had fabricated many of his claims, and that Reimer had actually rejected the female identity. Reimer also revealed that Money had forced the two brothers to roleplay sexual intercourse and masturbate together while Money photographed them, and this had led to long-standing psychological trauma for the two brothers. David Reimer himself committed suicide in May 2004.

With the mention of state and federal law, Morelock is likely referring to a previous lawsuit dismissal in July of 2018; as reported by The Oregonian, U.S. District Judge Marco Hernandez dismissed a lawsuit brought by Parents for Privacy against the Dallas School District seeking to bar biological boys from using girls’ bathrooms and locker rooms. A motion to dismiss a lawsuit being granted is not an establishment of case law.

Hernandez based his decision on his interpretation of Title IX of the Educational Amendments of 1972. The language of the law is about participation in federally funded educational activities. It is not about bathrooms or locker rooms, and it does not mention gender identity or transgenderism. However, guidance issued by the Obama administration to the Department of Education instructed federally funded schools to treat transgender students consistent with their gender identity in academic life, based on the Obama administration’s interpretation of ‘sex’ also meaning ‘gender identity’, which is not what the law as written says. This guidance was over-ruled during the Trump administration, and again re-implemented by the Biden administration. Again, the law itself, Title IX of the Educational Amendments of 1972, does not mention gender identity or transgenderism.

At this time Morelock has still not responded to any of the questions I asked of him concerning the activities of Newberg Equity in Education, the group of parents and teachers who engaged in an organized campaign of harassment and intimidation against Newberg school board directors Dave Brown, Renee Powell, Brian Shannon and Trevor DeHart, as revealed in my investigative report, Meet the Newberg, Oregon Mafia Led by Elected Officials and Other Community Leaders.

As mentioned in a previous article, Everything You Need to Know About the Newberg School Board Lawsuits That The Newberg Graphic Isn’t Telling You, Newberg Equity in Education members Debbie Tofte, Katherine Barnett, AJ Schwanz and Tamara Brookfield are currently the subject of a lawsuit filed by the school board directors against them for their organization of the harassment the group performed.

So which is it? “gender does not match the restroom they use” would be disciplined or “right to use gendered spaces that align with their identified gender”? Seems to me Mr. Morelock is confused. Saying you are a boy, doesn’t make you boy. Saying you are a girl, doesn’t make you a girl. As long as science and biology are ignored this conversation will continue. So let’s create a space for those who seem to be confused where they and everyone else can “feel” safe. Problem solved.

Carey , your articles are so spot on . We’ve needed someone like you to accurately report the news in Newberg and Yamhill County for a very long time . Your scholarly and well researched reports are a catalyst for saving our county , city and schools . I always follow through on the requests you present in your articles , and share the information wherever possible . Keep up the good work , for your labor is not in vain .

Thank you for your kind words. I hope the articles are helpful and please do share them with everyone you know in Newberg on Facebook, via text and email.