Oregon Democrats in both the House of Representatives and the Senate are using the state government to hinder the will of local voters to remove Critical Race Theorist Public school Superintendents. 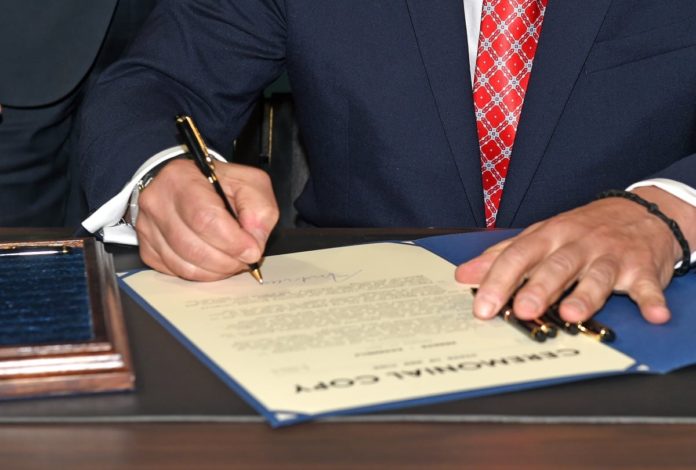 As I previously reported in Part 2: Meet Progressive Yamhill, the Parent Group of the NEEd Mafia Seizing Control of the County, specifically the sub-section Abuse of Elected Offices to Benefit the Criminal Conspirators, Oregon State Representative Courtney Neron is a member of Newberg Equity in Education and Progressive Yamhill Facebook groups, which have been used to organize the harassment of Newberg school board directors Dave Brown, Brian Shannon, Renee Powell and Trevor DeHart.

In communications from the Newberg Equity in Education group, Representative Neron stated herself that she is working on writing legislation designed to benefit the agenda of the teacher union against the Newberg school board directors trying to get divisive political symbols such as Black Lives Matter flags out of the classrooms.

For those who have not read the prior articles where I show these communications, here is a refresher,

This should surprise no one because Courtney Neron was a member of these groups prior to her re-election last year.

Here is proof for this claim from a post within the Progressive Yamhill group,

Here is her Ballotpedia page as well,

Here are some additional things Courtney Neron has voted for in her capacity as a state representative; giving illegal immigrants state health insurance, giving “reparations” (cash money) to African-American residents of Oregon on the basis of their ethnicity alone (with no requirement to demonstrate they have ancestors who were slaves in Oregon), and refusing to cooperate with US Immigrations and Customs Enforcement (ICE) to make Oregon a “sanctuary state” for illegal immigrants, allowing drug addicted vagrants to camp on public streets and parks, make transgenderism a protected gender class for hate crimes, and so on.

I think her voting records gives you a real idea of what kind of person she is and how she feels about Oregonian tax payers, and what we have to look forward to from the Democrats in the House of Representatives.

Now, Courtney Neron’s posts were made back in August, prior to Joe Morelock’s termination as Newberg Public Schools Superintendent. Now that he has been terminated and can no longer protect the Newberg Education Association teacher union in their harassment of school board directors Dave Brown, Brian Shannon, Trevor DeHart and Renee Powell, the Democrats in the Senate have started to introduce new legislation to prevent other districts from doing similar things to combat Critical Race Theory in their own schools.

As reported by this press release from the Oregon School Board Association website, Legislators plan to step into school leadership fray,

(Update: After publishing this article,, the OSBA deleted their press release but you can read the whole thing here via the Wayback Machine, as well as the embedded copy below)

In reading the article you will notice they said the training would “focus on Equity”, the term ‘Equity’ being a code word for Critical Race Theory training.

The announcement of this legislation is an obvious power grab by the Oregon Democratic party who seeks to obstruct the will of local communities, such as Newberg, Oregon, who voted out school board directors who endorsed Critical Race Theory and want to remove this divisive, anti-American political rhetoric from their local schools. The Democrats wish to try to use the state government to make this harder to do.

Will the voters of Oregon continue to allow the Democratic party to undermine the will of the voters and give their tax money to illegal aliens and racist groups that promote Critical Race Theory in our schools? When will the residents of Oregon finally hold the Democrats accountable for their missteps?

Democrat candidates in Oregon usually win on thin margins; for example, Courtney Neron won her last election on a margin of 50.8% of the vote. If many of the politically moderate Democrats would cease their support of these extremist candidates, the state government could be restored to more normalcy in one election cycle.

Lastly, I want to point out that Oregon School Board Association has clearly chosen sides in the topic, as they wrote this extremely misleading press release on their website about the firing of Joe Morelock that only solicited the opinion of Brandy Penner, a member of the conspiracy that harassed Dave Brown, Brian Shannon, Renee Powell, and Trevor DeHart,

It seems clear to me that many institutions in Oregon have been infiltrated and poisoned against the residents of Oregon to push the agenda of violent extremist groups that seek the collapse of our country, and the Oregon School Board Association is yet another of these groups.

It isn’t just these private groups, either; the Oregon Department of Education has also refused to update their website that recognizes that Dave Brown is the Chair of the Newberg Public School district. Brandy Penner, the former Chair, is still listed on their website as the Chair when she is not and has not been for the past five months.

This, again, should surprise nobody given that Guadalupe Martinez Zapata, Vice-Chair of the Oregon Department of Education, is a member of both Newberg Equity in Education and Progressive Yamhill alongside Brandy Penner, as I have shown in my prior articles.

I hope more of the residents of Oregon start to pay attention to the Yamhill Advocate articles, because presently we are the only newspaper exposing the conspiracy that has been organized against them.

You are literally trafficking in misinformation when you say: “forcing those school board directors to attend mandatory Critical Race Theory training sessions as a way to indoctrinate newly elected school board directors into their ideologies”. You say this while providing LITERALLY no evidence of this, and the statement you screenshot from the Legislature in NO way references CRT. Do you just not understand what CRT is?

Oh yeah? If I’m lying then how come they deleted their press release today after I published this article? Good thing I screenshotted the whole thing which includes stating ” the training must include EQUITY” which is a code word for Critical Race Theory training.

Equity Training absolutely is not the same thing as CRT. There is absolutely no reputable sources that would agree with YOUR assertion that Equity Training is a super secret codeword for Critical Race Theory. Equity training does not even solely have to focus on race. Equity of gender, socio-economic class, or disability. Literally find one shred of evidence that Equity=CRT… please.

a b
Guest
Reply to  Bridger

bridger, you need to read this:
https://www.goodreads.com/en/book/show/53052177-cynical-theories

critical theory goes back to mid 20th century, and further to postmodernism before it, and is indeed the origin of dei and dominant in current education philosophy. the vocabulary markers and tactics are all identical. don’t deploy a straw man like the *r* in crt is the issue — the movement has been about developing identities centered on being “oppressed” in all domains. if you really care about suffering groups, consider the damage done to them by teaching them that the whole country is plotting against them and they are hopeless to overcome all the constant hate directed at them. this is literally the exact opposite of the most proven effective mental health practice, cognitive behavioral therapy, where you practice realistically assessing your difficulties based on empirical evidence, challenge whether your assumptions/interpretations are truly supported or contradicted by the actual evidence, and develop the emotional muscles necessary to not become unnecessarily mired in catastrophization. this is the insight of this book: https://www.goodreads.com/en/book/show/36556202-the-coddling-of-the-american-mind

If “equity training” is not a code word for Critical race theory then why does the Newberg Equity in Education group use the term ‘Equity’ while also advocating for Critical Race Theory in the Newberg public schools?

‘Equity’ is a frequently used code word for CRT, you can’t dispute this.