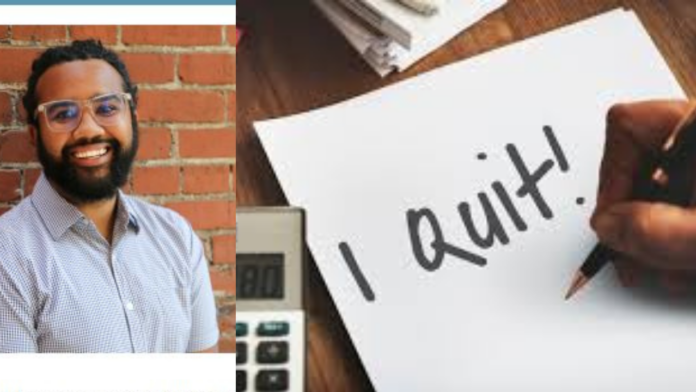 During the February 7th City Council Meeting, a formal declaration of vacancy for the District 4 seat on City Council was announced, with council voting to appoint a replacement after a period of advertising for recruitment of candidates.

From the city council meeting packet,

I believe it is worth pointing out to the residents of Newberg, Oregon that when this seat was previously vacated, the City Council nominated Bryce Coefield, a noted local Critical Race Theory (CRT) activist, to the position. Coefield currently works for the Oregon Department of Education as an “Equity, Diversity, and Inclusion Steward”.

As I pointed out in a previous article, soon after his appointment as city councilor, Coefield became a member of Progressive Yamhill. It was also one of the “action items” for Newberg Equity in Education to get one of their sympathizers (such as Bryce Coefield) selected as city councilor instead of Dave Brown,

It has never been disclosed by the officials themselves to the voters of Newberg that so many City Councilors are members of this secretive political group that is a registered chapter of the Indivisible movement.

Members of Progressive Yamhill who are also Newberg City Councilors include,

Additionally, the following members of city council committees and city employees have also been identified as members of Progressive Yamhill,

Also, as reported in that same previously published article, the evidence is clear that the reason fellow Progressive Yamhill member Tai Harden-Moore was hired as a “diversity equity inclusion” (DEI) consultant by the City of Newberg was due to her membership in the group giving her special access to City Council members such as Stephanie Bell Findley.

Both Stephanie Bell Findley and Elise Yarnell Hollamon have made posts inside Progressive Yamhill and the subgroup Newberg Equity in Education that indicate they have used the groups to manipulate the perceptions of public support for the group’s causes, such as this example concerning the hiring of a new police chief,

I believe being aware of the city councilor’s membership in an Indivisible aligned political activist cell should help voters understand why the Newberg City Council issued a statement last August condemning the Newberg school board for discussing the idea of prohibiting Black Lives Matter flags in classrooms, and why the City Council members aligned with Progressive Yamhill signed this letter of condemnation,

Keep in mind, I have obtained hundreds of screenshots of threads from within the groups that depict this kind of activity that I believe is designed to manipulate Newberg voters’ perceptions of many issues the City Council has decided that are aligned with Progressive Yamhill’s agenda. I will be publishing more of these threads in the coming weeks as I discuss those events in greater detail in future articles.

Given these facts, the following should come as no surprise.

During the February 7th meeting, City Council also declared February to be “Black History Month”, with a proclamation read by Mayor Rick Rogers. This proclamation uses Critical Race theory buzzwords, and it perpetuates the false claim that America is a systematically racist society.

As I mentioned in my previous article about Progressive Yamhill member and current Yamhill County Commissioner Casey Kulla, this secretive activist group commonly attempts to uses city government positions to issue pro-Critical Race Theory proclamations as part of its efforts to legitimate the fringe ideology. The proclamation also incorrectly claims that America’s healthcare system discriminates against Black Americans, which in reality is illegal per Section 1908 of the Public Health Service Act.

Now these same city councilors who appointed Coefield to the seat seek to fill the vacancy in the seat once again, and I have no doubts the Progressive Yamhill aligned members will once more look to use the seat to reward an individual who is sympathetic to the group’s radical political agendas.

Readers of this article may watch the entirety of the Feb 7th City Council meeting via the following video,

As I have written in previous articles, it is my personal opinion that all Newberg City Council and Committee members who have ties to Progressive Yamhill should resign immediately for having failed to disclose to voters about the activities of this political group whose agenda is both anti-American and extremely manipulative against the interests of the majority of residents in Yamhill County. They do not disclose their association to the Indivisible movement and the existence of the secret Facebook groups used to plan and coordinate their activities across Yamhill County.

I applaud Bryce Coefield for having resigned his seat and hope that the others will do the same.