Casey Kulla is a member of a secretive political cult, the Indivisible movement, through his membership in the Progressive Yamhill chapter. 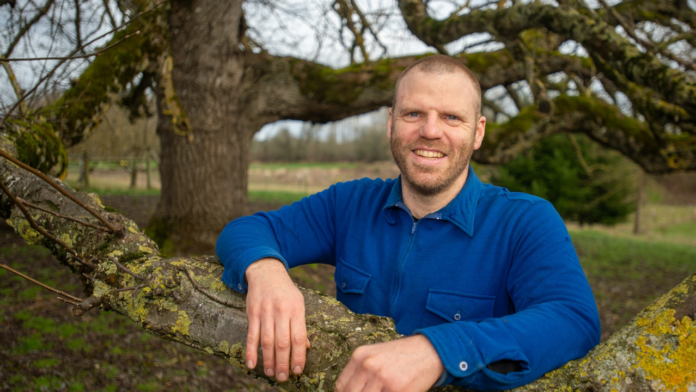 On January 19th, Yamhill County Commissioner Casey Kulla announced that he was dropping out of the Democrat primary run for Governor nomination and instead will run for Oregon Labor Commissioner. From the announcement made on the Kulla for Oregon Facebook page,

According to the Oregon state website, the duties of the Labor Commissioner are,

The division oversees the Wage Security Fund that covers workers for unpaid wages in certain business closures and enforces group health insurance termination notification provisions.
The commissioner also directs the state’s registered apprenticeship training system that gives workers the opportunity to learn a job skill while earning a living. The program benefits employers by providing a pool of skilled workers to meet business and industry demands.

The agency works to support and train employers so that they can more easily comply with frequently complex state and federal employment law. The Administrative Prosecution Unit prosecutes the agency’s contested wage and hour and civil rights complaints. The commissioner issues final orders in all contested cases, except commissioner’s complaints.

The power to initiate labor complaints on behalf of workers, I find to be interesting considering Casey Kulla’s strong ties to the Indivisible group via his membership in Progressive Yamhill and Newberg Equity in Education. As the Advocate has previously reported, Casey Kulla has been a member of Progressive Yamhill since April 20th, 2018 (his wife Katie Kulla has been a member since November 16th, 2016).

Using its resources, the Progressive Yamhill group helped Casey Kulla win election as Yamhill County Commissioner, and as demonstrated by his own posts within the secret Progressive Yamhill Facebook group he has used this position in an effort to manipulate county policies in directions which benefit the members of the group. In fact, one of his first actions as Yamhill County Commissioner was to introduce a motion to introduce Critical Race Theory aligned policies at the county level.

Please take note of the highlighted section here. As far as the public knows, it is Casey Kulla who is making the motion for the resolution, not the members of Progressive Yamhill. This statement is extremely revealing into the mindset of Casey Kulla; he knows he is nothing more than a pawn for the group to act through, so he views the additions that Yamhill County Commissioner Mary Starrett desired as an action against the group he is part of, not himself personally. However, at the time, Starrett had no idea this group existed, nor did anyone else outside of it.

Having read many of Casey Kulla’s postings from inside this secret Facebook group over a three year period, my personal belief is that Kulla has no original ideas and he serves as a kind of empty vessel for the Progressive Yamhill hivemind to fill. There are numerous threads within the Facebook group where he solicits the opinion of Progressive Yamhill members before he makes any decision as Commissioner, which indicates that he is not an actual leader but rather a mouthpiece for the group. As they like to often say, Casey Kulla “leverages his privilege” to benefit the Indivisible movement’s agenda, which is pro-Critical Race Theory, pro-abortion, desires to decriminalize all drug usage, defund the police and close the prisons. The goal of these drastic changes to our way of life is to cause a collapse of federal and state sovereignty, to be instead replaced by racially segregated governance, which is conveniently labeled as ‘black utopia‘ by the group leaders. Indivisible is really just a resurgence of the black separatism extremism of the 1960s which has picked up a few additional crazy ideas over the past forty years to benefit their cause to destabilize American communities enough to lead to the separatism they have long desired.

As I have mentioned in previous reporting, the ideology has taken on quasi-religious connotations and should be regarded as a cult; I am not alone in my viewpoints on this, as the esteemed John McWhorter, associate professor of linguistics at Columbia University, shares the same view I do. McWhorter explains why those who advocate for Critical Race Theory and support Black Lives Matter’s agenda should be regarded as members of a cult in his book, Woke Racism: How a New Religion Has Betrayed Black America.

All of the evidence for the claims I have made about Progressive Yamhill and the political agenda of its members can be found in the subsections of several of past Advocate articles,

In service to these efforts, Indivisible groups recruit teachers and other public school employees as part of a plan to indoctrinate children into these fringe ideologies so that once the children grow up they will vote for candidates such as Casey Kulla who are aligned with them. In fact, Casey Kulla has been directly involved in the efforts to remove Newberg school board directors Brian Shannon and Dave Brown so that Progressive Yamhill can take back control over the Newberg public school district as they previously had until the election of Trevor DeHart and Renee Powell last year.

For example, on November 12, 2021 Casey Kulla’s PAC for his run for Governor, Kulla for Oregon, donated money to both Recall Brian Shannon and Recall Dave Brown PACs.

Kulla also used his Facebook page and Twitter accounts to chastise the Newberg school board and call for their recall in August 30th, 2021, as detailed in this post,

At the time Kulla made his statement, the Newberg school board had not voted to ban BLM and other politically divisive symbols from display in classrooms by teachers; the school board was only discussing the topic and soliciting the views of residents to inform its decisions. The actual vote to prohibit politically divisive symbols from display inside Newberg public school buildings did not occur until September 28th, 2021.

Casey Kulla’s statement in August was part of Progressive Yamhill’s efforts to deceive voters about the nature of the school board proceedings and what the resolution was actually intended to do, which even extended to organized harassment against Newberg school board directors Dave Brown, Brian Shannon, Renee Powell and Trevor DeHart in their personal lives. As detailed in my previous reporting, the harassment went as far as seeking to cause Brian Shannon’s marriage to collapse by manipulating his wife, in the hopes Shannon would need to move out of his home and therefore no longer reside in his district. This is the diabolical nature of the collective hivemind Casey Kulla is a member of.

Given Casey Kulla’s past behavior as Yamhill County Commissioner and the use of his seat to involve himself in the Newberg Schools Saga in service to his Indivisible movement masters, I see no reason to not conclude that if Casey Kulla were elected to the position of Labor Commissioner that he would then use his seat to launch labor complaint investigations against any school boards that try to remove BLM and other politically divisive content from classrooms, claiming that they are being “discriminatory”. It is possible Kulla could also open investigations against any private employers and businesses that do not want to display these symbols, either. That seems to be the most logical reason for why the group has decided Casey Kulla should run for Labor Commissioner — again, it’s my opinion Kulla is an empty vessel for Progressive Yamhill, which is a registered chapter of the Indivisible movement. In my opinion Kulla has no original ideas and he instead serves as a public face for the group, a sock puppet for the real leaders to initiate their radical plans through.

Progressive Yamhill has demonstrated they will and do harass businesses not aligned with their political agenda; as a notable example, I direct readers to a Facebook group thread where Progressive Yamhill members planned harassment against a Chick-fil-a food truck to drive it out of Newberg.

I have been told over and over again by numerous business owners (who wish to be anonymous) how Progressive Yamhill members have harassed their businesses — primarily restaurants and bars with storefronts — to display Black Lives Matter and trans-racial pride flags in their establishments or face an organized boycott of their businesses.

This is the caliber of insanity we are dealing with, and Kulla is a important chess piece in Progressive Yamhill’s game plan.

I also want to spotlight a thread where Casey Kulla allowed Progressive Yamhill to decide whether he would try to use his authority to have Yamhill County issue shelter in place orders in 2020, as part of the hysteria surrounding the Covid-19 breakout,

Do you want Progressive Yamhill members to decide whether the Oregon Labor Commissioner should use his authority to shut down businesses across the state? I believe that is what you’ll get with Casey Kulla in that position, since it is the decision making process he has used to decide these things as Yamhill County Commissioner.

Oregon voters should ask themselves if these are the kinds of things they want the Labor Commissioner seat to be used to perform against all of the residents of Oregon, because to me, that seems to be the most logical outcome if Kulla should ever sit in that commissioner seat. You will not be electing Casey Kulla into the seat; you will be electing Progressive Yamhill and the Indivisible movement to control the Oregon Bureau of Labor and Industries, and they will use that department to do the same things they have been doing for the past four years in Yamhill County; serve the agenda of the Indivisible movement.

Where is the facts debunking the claims?? I Just see info about the organizers of the recall not anything about what they are accusing Berschauer of? Bit of biased reporting going on here.

The screengrabs are quotes from the people in those organizations dude.

These are primary sources from themselves, and Casey Kulla himself as well.

Consequently, the article has numerous citations in it. These are things they said themselves in their Facebook group while planning their organization’s activities, so it’s even more reliable than some press release they have made to obscure their actual activities and goals.