The Real Timeline of the Newberg, Oregon School Board Saga Over Black Lives Matter Flags

A detailed timeline of the major events that led to the current legal battle taking place in the Newberg public school district. 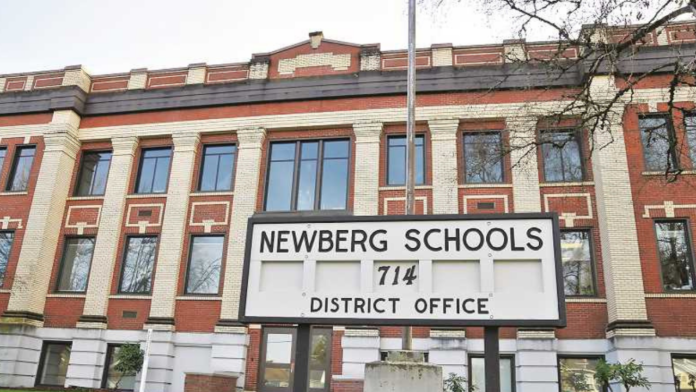 Editor’s Note: This article has been updated and expanded as of February 23, 2022 to include events which have occurred since the original publication of this article.

Recently, KOIN News published an article by Gabby Urenda that claims to be a “timeline” of the key events related to the Newberg, Oregon public school board story that has been misrepresented by KOIN and many other local newspapers.

As someone who has read four years worth of communications from inside the secret Facebook groups that have been used by the Newberg teacher union and Yamhill County Democrats to organize their “social activism” agenda to push Critical Race Theory in the school district, I believe the timeline Urenda created is yet another piece of their propaganda designed to confuse the general public about what is actually transpiring in Newberg, Oregon.

To show how much important information is missing from the timeline she created, I have created my own.

All of the events will be well cited, including from the primary sources I have already published in 60+ articles. Much of this information was obtained after I infiltrated the private Facebook groups Newberg Equity in Education (NEEd) and Progressive Yamhill that have been used by the Yamhill County Democrats party.

By reading this timeline and the related sources, you will clearly see that these groups goal is to spread misinformation as part of a propaganda campaign so that they can deceive voters into supporting recall signature ballot collection efforts against Brian Shannon and Dave Brown, so these activist groups can regain control over the Newberg school board and continue using it to indoctrinate children into Critical Race Theory.

Timeline of Major Events in the Newberg, Oregon School Board Battle Saga

This timeline outlines the major events and key players that led to the creation of the “social activist” groups that have been spreading misinformation about what is taking place in Newberg, Oregon. This timeline also shows how the group became so powerful and influential that they can get local media to spread their propaganda for them.

(Please Note: This timeline is detailed at initial publication, but it is also only a short summary of the major events. This article will be updated with additional information as it is uncovered and as new events take place.)

Sometime in the Summer of 2020

NEED members involved with the Newberg Public Library, such as Korie Jones Buerkle, create a children’s book club program to promote Critical race theory aligned propaganda to children while the library is closed due to Covid. (source)

(Source to the full video of the meeting)