Indivisible operatives are constantly trying to censor Yamhill Advocate articles. This article will provide an explanation of why they are doing so, and why patriotic citizens should support this newspaper. 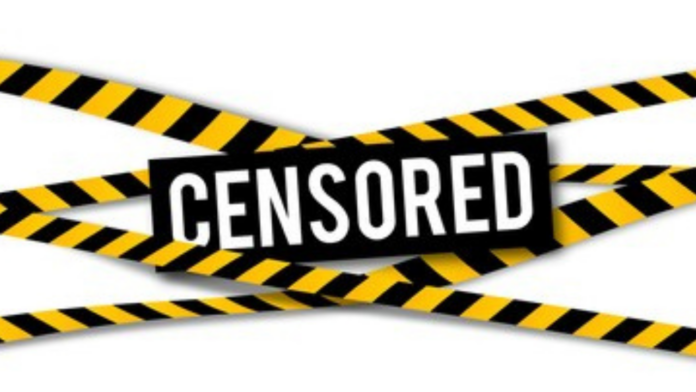 I am publishing this article to stress the importance of the donations I receive via my SubscribeStar account, and explain what some of this money has gone toward already. It will also help you understand why it is important the Yamhill Advocate become a monthly printed newspaper supported by your donation subscriptions, so that tech platforms I am presently relying on cannot be used to censor the distribution of these articles.

As those who read our Facebook Page may have noticed, recently Facebook content reviewers removed a link to my last article exposing that pornographic comics and other kinds of propaganda are being provided to children by the public library system. I also provided evidence that Progressive Yamhill members are in control of the Newberg library.

If you are still not familiar with who or what Progressive Yamhill is, please read Part 1 and Part 2 of my investigative reports detailing their activities. The short answer is they are a registered chapter of the Indivisible movement, a radical extremist group that supports antifa, racial segregation and the indoctrination of children into fringe ideologies such as Critical race theory and the discredited gender identity pseudo-science of ex-John Hopkins researcher John Money. They have roughly 2,000 members between two of their Facebook groups, Progressive Yamhill and Newberg Equity in Education. You can find a spreadsheet of their known members (created from their own FB group member lists) by clicking on the links below,

In a previous articles I have shown evidence that Progressive Yamhill members use their private Facebook group to coordinate the mass reporting of posts that reveal information about their group, including posts I have made about them. In one example they tried to leverage relationships at Google to sandbox this website (prevent it from being seen in Google Search results) and I have also shown evidence they, as a coordinated group, stalk and harass people that speak out against them. This is one of the reasons why I have taken such a hard line stance against their activities; their group is unquestionably evil and they are doing enormous damage to our communities through deception, unethical and I believe even illegal means.

Frequently, every article and comments I publish on Facebook since I started my reporting have been flagged by Progressive Yamhill members, and on several occasions I was unable to publish while appealing the rulings. This is because when you get flagged by Facebook you become unable to make posts for a week, and the members of PY know this, which is why they mass report everything. Facebook admins have actually required me to provide detailed personal information to upgrade my account, proving my identity, due to the volume of mass reporting these people have been doing to my account in an effort to censor my reporting. This also involved having to wait for a letter with a special pin code on it to be sent to my by postal mail, which took about 2 weeks.

The point is, I have had to jump through several hoops in order to continue using Facebook to publish my news articles because of the organized harassment by Progressive Yamhill in their desire to censor the information that exposes their “social activism” in Yamhill County, Oregon.

Usually, they report my posts for ‘bullying’ but this time they claimed my article exposing that the local libraries are offering pornographic books to children was itself pornography, and Facebook admins removed it. I am currently appealing the decision.

My articles are also censored via various Facebook discussion groups that Progressive Yamhill members have created to astroturf local residents. I have previously published a list of the groups I have identified, where they censor any information that is opposed to their agenda especially my articles.

One of these groups is Yamhill County Discussion, where you will find the following thread that specifically says they will censor any articles from the Yamhill Advocate. This is no surprise given that PY members are the moderators of this group.

I am publishing the contents of this thread in this article so you can read for yourself about their motivations for censoring my articles are exactly what I have claimed they are. You can also read their responses to local residents who are brave enough to speak out against them.

And now you know. This is why it is useful for you to bookmark this website and visit it directly, not relying entirely on Facebook or Twitter for updates. While I post new stories irregularly as I complete them and my articles often taken a lot of time to publish due to the research required for them, I hope that you understand this is necessary due to their coordinated efforts to harass this newspaper using the tools of platforms like Facebook, who often employ people who are sympathetic to the Indivisible movement. It is no coincident that so many people who work for large tech corporations are involved with Progressive Yamhill — for example, Megan Corvus herself, one of the co-founders of PY, is employed by Accenture, which is a large consulting company that provides consumer data analytics and market research to many large tech companies.

As I have shown in the case of their attempt to sandbox this news website to remove it from Google Search results, and the case of Matthew Moriarty using his position on Hollywood film projects to raise money from millionaire actors to spend on the Newberg school board recall campaigns, Indivisible members “leverage their privilege” to serve the interests of their collective agenda.

If you wish to support the Yamhill Advocate and my reporting, please consider making donations via my SubscribeStar account. I publish the links to the latest articles on that page as well, and as SubscribeStar was specifically created to support content creators such as myself who are frequently the target of censorship, it is unlikely that I will ever be deplatformed from it. At present we have just over $600 a month in donations coming in, and this money is spent to support my investigations.

For example, in a few days I will be publishing the list of every Indivisible chapter in America in a convenient searchable spreadsheet, and this project has been funded by the donations I have received. The kind contributions made by patrons of this newspaper allows my investigations against Indivisible operatives to be sustainable and for me to hire others to assist in these investigations, doing tasks that otherwise take me too long to do alone.

Update: I have now published this list of every Indivisible chapter in America which you can download by clicking here.